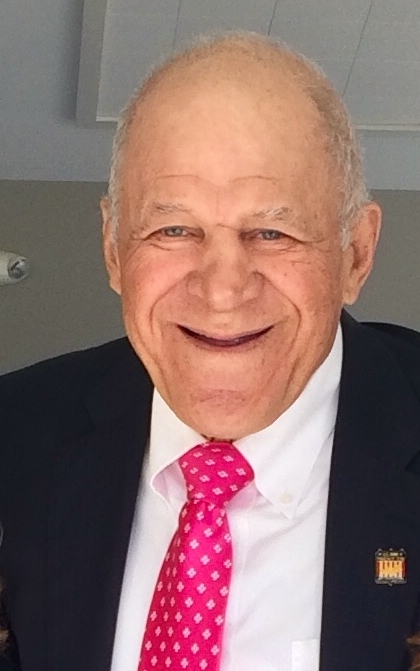 Mr. Ray Oxendine of Maxton, passed peacefully with his family by his side on June 7, 2022, at the age of 85.  He was born in Pembroke on March 22, 1937.  Born to Thomas Hilliard and Georgia Rae Maynor Oxendine, Ray grew up a proud member of the Lumbee Tribe in a small farming community.  Many of the core values that Ray Oxendine championed came from his upbringing in Pembroke, NC.  He committed himself to a lifetime of service: God, Country, Family, and Community.

Mr. Ray joined the U.S. Army following high school graduation, where he proudly served deploying to Germany for two years and earning his Army paratrooper wings. After his service, he went on to Catawba College where he captained both the football and baseball teams, graduating in 1962.  He was the head coach of the Catawba baseball team where he was the Carolinas Conference baseball coach of the year twice and contributed to his eventual induction into the Catawba College Sports Hall of Fame and the North Carolina High School Athletic Association Hall of Fame.

He worked in NC public schools for over 30 years as a teacher and administrator in many local high schools.  His leadership and charisma as a principal, teacher, and coach positively impacted generations of students with his infamous “neck squeeze” across NC and beyond. He was a member of First Presbyterian Church, Maxton, where he taught Sunday School for many years.  Post retirement, Ray was a volunteer for the Red Cross deploying to assist during disaster relief and recovery efforts, including Hurricanes Katrina and Irene.  He also traveled extensively visiting his family and watching his grandchildren participate in sporting events around the country and overseas.

Mr. Ray is survived by his longtime companion, Lynne Morgan; his daughters, Beth (Chris) Snyder of Mandeville, Louisiana, Susan (Dean) Valentine of Los Angeles, California, 8 grandchildren and four great-grandchildren, all of whom he was immensely proud. He was the brother of Louis Oxendine, Magnolia Lowry, Ruth Hurnevich, and the late Thomas Oxendine, Robert Oxendine, Joseph Oxendine, and Earl Hughes Oxendine.

Mrs. Beth and Mrs. Susan request that in lieu of flowers donations be made to Catawba College for the Oxendine Family area at Newman Park, the baseball stadium where both Ray and his brother Joe played baseball at Catawba College.  Any donation is appreciated as we look to keep the legacy, the teachings, the enduring memory of Ray Oxendine alive, and promoting continued connection to the Native American community as well as diverse athletes around the world.

Donations can be made via the following link at www.catawba.edu/rayoxendine or alternatively by check via mail to Catawba College, 2400 West Innes Street Salisbury, NC 28144 with “Ray Oxendine” written in the memo line.