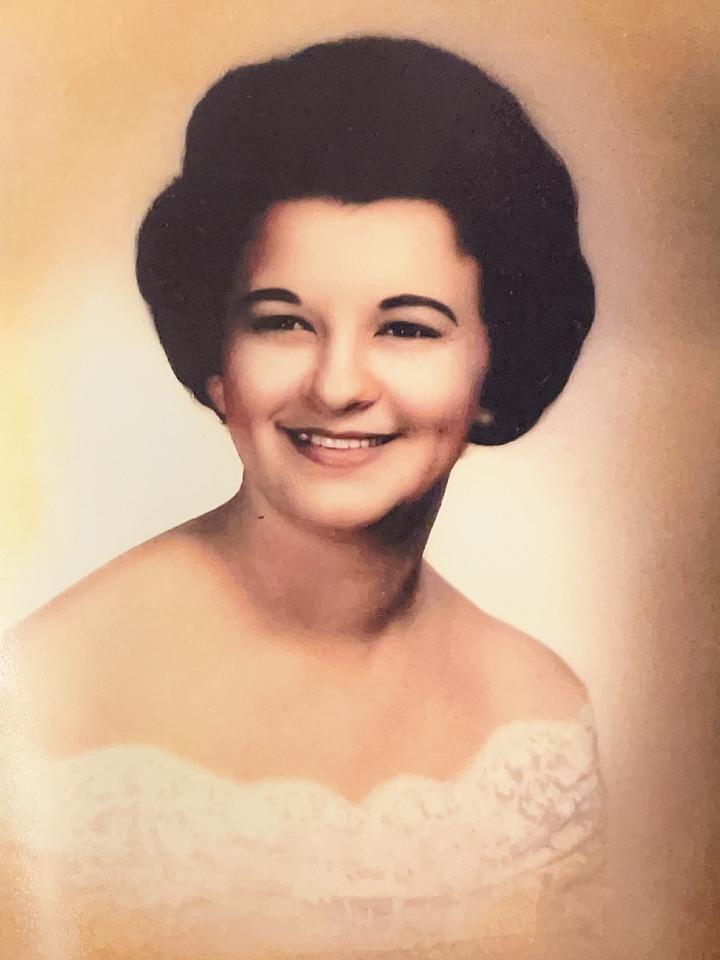 Ms. Elaine “Faye” Jacobs Fedor, 82, passed away at her home on November 3, 2022. For weeks, Elaine was surrounded by family and friends, as each person recounted stories of Elaine as a loving mother, sister, and grandparent, as well as a dear friend to many.

Born in Robeson County, NC on July 1, 1940, Elaine was the youngest daughter of the late James Wayne Jacobs and Nannie Lee Jacobs, and was fifth out of a bustling household of seven children. Elaine was raised in a country home on a farmstead that focused on the cultivation of cotton and tobacco. Having eczema, which was only further aggravated by working in agriculture fields, Elaine was not able to work with her family in the fields so instead took care of nieces and nephews and household responsibilities.

During college, Elaine would spend her summers in Baltimore, MD with her older sister Katie and worked in various jobs including one at an ice cream factory and one as a switchboard operator at the Presbyterian Eye, Ear, and Throat Charity Hospital, where she would eventually meet her husband, Joseph Charles Fedor. After graduating from Pembroke State College in 1963 with a Bachelor of Science in Business Administration, she began her career as a typing teacher at Eastern High School, an all-female public high school in Baltimore. Shortly after Elaine and Joe’s marriage at the Baltimore Basilica on December 18, 1965, they returned back to North Carolina, where she continued her teaching career in Alamance and Scotland Counties. Naturally gregarious and always exuding confidence, Elaine also worked in customer-facing roles including as a saleswoman for the Aflac Insurance Company, where she would perennially win awards for notching top selling records. For the last two decades of her professional life, Elaine turned her focus again on her passion of mentoring and teaching students at the high school and community college level, until her retirement in 2005.

For 31 years, Elaine was happily married to Joe and together they were equally passionate for raising their four kids to be exceptional citizens; as well as travelling on cruises, canning vegetables from their flourishing garden, and watching sports, including annually rooting for the Fighting Irish of Notre Dame.

Voted “Best Dressed” in high school, Elaine loved fashion, took great pride in her personal appearance, and especially how each of her four kids looked each morning at the school bus stop: Each night beforehand she would spend hours ironing all of their school clothes. Nicknamed “The Queen” by her grandkids, she was the happiest in the kitchen while dancing, snapping her fingers, and singing songs by the “The King” of rock & roll, Elvis Presley, all while meticulously cooking up southern food recipes. She was famous for her melt-in-your-mouth buttery biscuits (with a generous side of molasses), temperature-perfect sweet tea, fried chicken served with homemade smashed potatoes, and Rice Krispies chicken casserole. Elaine absolutely loved the holidays and insisted on having the largest flocked Christmas tree, playing Andy Williams on the record player, and always baked a German chocolate cake on Christmas morning. Elaine’s devotion to the Lord, whom she referred to as “Our Heavenly Father,” was evident as she always had a Bible in her hands at bedtime and nightly read the Book of Psalms; her favorite being the 23rd Psalm, The Lord is my shepherd. Elaine lived each day by practicing the Golden Rule and always showed graciousness and respect towards others. During the final years of her life, Elaine never missed an opportunity to spend time with her kids and grandkids at birthday parties, church events, Halloween trick-or-treating, graduations, pageants, soccer games, and walking under the Spanish moss-covered trees and on the sandy beaches of the family-favorite Hilton Head Island.

She admired her medical staff, including Scott Hunt, PA and the Fedor family is extremely grateful to her caretakers during her time at home and especially Kimberly Locklear.

Elaine loved and missed those who passed before her, including her parents; her husband; her sisters, Lillian Locklear, Katie Jacobs Locklear, Mable Claire Maynor, and Shirley Irene Jones; and her brother, Julius “Buddy” Jacobs.

In lieu of flowers, the family requests that donations be made to your local Humane Society. The Fedor family would like to thank everyone for the outpouring of prayers, love and support.