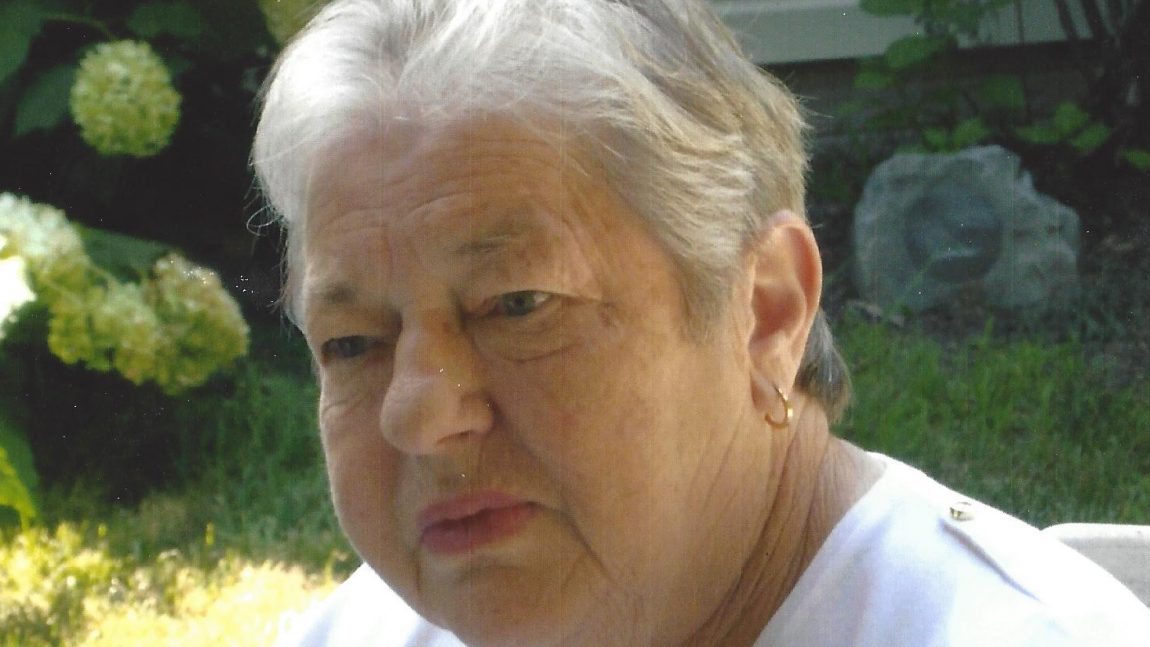 Betty Raye (Hammonds) Oxendine, 87, passed away peacefully surrounded by her children on October 11, 2021, at Frederick Health Hospital Hospice in Frederick, Maryland, after a short illness.

Her funeral will be held on Friday, October 22, 2021 at 2 pm at the First United Methodist Church in Pembroke, North Carolina with the visitation beginning at 1 pm in the church.

Betty was the daughter of the late Stephen Andrew Hammonds, Jr. and the late Beulah Mae Lowry Hammonds. Born on October 8, 1934, in the Saddletree community, Betty was a proud member of the Lumbee Tribe. She enjoyed and excelled in school, even skipping a grade and achieving the high honor of Valedictorian of her high school class at Magnolia School.

She pursued higher education at Pembroke State College (currently the University of North Carolina at Pembroke), graduating with a Bachelor of Science in Home Economics, History, and General Science in 1956.

Betty thoroughly enjoyed college and made the most of her time at Pembroke State. She led the talented yearbook staff as Co-Editor of the 1956 INDIANHEAD yearbook, capturing wonderful and lasting college memories. Dr. R. D. Wellons, the college president, thanked her and the entire staff for their “indefatigable” efforts, stating “…The whole college is indebted to you.”

Betty took advantage of her athleticism by playing point guard for the Pembroke State Braves basketball team all four years of college. A gifted thespian, she starred as Annie in “The Green Bough” and Sissy in “The Clue of the Red Ribbon”. Her talent was recognized with an invitation to join Alpha Psi Omega, the National Theatre Honor Society “for those who have shown unusually high ability in acting”.

Betty was quite the leader on campus. In addition to being the Co-Editor of the INDIANHEAD yearbook, she served as Secretary & Treasurer of the Pontiac Society, Vice President, Secretary & Queen of the Home Economics Club, and Alpha Psi Omega Secretary. Betty was selected to be a Marshal for both her Junior and Senior years and was active in many clubs, including the Baptist Student Union and the Social Club.

Betty positively impacted countless children during her time as an elementary school teacher. She taught third and fourth grade for over 35 years, beginning her career at Oxendine Elementary School in Robeson County. Betty moved to Michigan and taught in Keego Harbor before moving back to North Carolina, teaching many years in Robeson and Hoke County. She took great joy in seeing and celebrating the accomplishments of her students as the school year progressed. Several students have told Betty’s children that she was their favorite teacher ever.

While pursuing her teaching career, Betty raised her five children, Sandy, Kim, Robin, Bucky, and Carla. She was a wonderful cook, and the family loved sitting down and enjoying her delicious homemade meals at the end of the day. Her mouthwatering chicken and pastry, roast beef, fried chicken, German chocolate cake, and biscuits are second to none. Her children have many wonderful memories of sitting at the kitchen counter watching her make a delicious cake, hanging on her every word as she imparts her sage baking advice, like the key steps to prevent your cake from falling. Best of all, we were overjoyed when the time finally arrived to lick the bowl and spoon.

After retiring from her long teaching career, Betty devoted more time to her love of needlework. Betty enjoyed knitting, crocheting, and cross-stitching, but her passion for quilting was unrivaled. Quilting was a way to show her creativity, focus, and strength. Her hands were rarely still, working on 4 or 5 quilts at any point in time. She was a master at matching colors and patterns. She was an artist – the many colorful fabric squares were her palette and the backing was her canvas. Her love of quilting was passed down from generations of strong Lumbee women; she grew up watching her relatives quilting, laughing, and sharing stories – creating their community. Betty did the same; the highlight of her week was joining her Raeford quilting group for dinner. The quilting, fun, and laughter lasted late into the night.

Her quilting needlework was magnificent, every stitch perfectly sized and perfectly positioned. If she found a stitch that didn’t meet her standards, she’d simply take out all of the stitches and start over until perfection was achieved.

Her quilts are masterpieces and are cherished by her children, grandchildren, nieces, and nephews. Made with so much love and keeping them warm at night, they will surely be treasured by many generations to come.

Betty discovered the joy of traveling around the world after retiring, visiting her children in Australia, China, Thailand, Hawai’i, Japan, Canada, and Hong Kong. She thoroughly enjoyed partaking in local delicacies and discovering new customs, cultures, people, and places. Betty talked excitedly about how traveling opens your mind. She said you realize that there are so many different and wonderful ways of life.

Betty is the mother of the late Sandra Kaye Oxendine, of New York, New York. She is survived by her daughters, Kimberly Shyman (William Shyman) of Mount Airy, Maryland, Robin Oxendine (Randall Beard) of Warren, New Jersey, Carla Saviano (Paul Saviano) of Severna Park, Maryland, and her son, Earl Hughes (Bucky) Oxendine, Jr. (Nicola Oxendine) of Aldie, Virginia. She is also survived by her grandsons, Patrick Lynch, Brooks and Samuel Shyman, Connor Beard, and Coby and Jake Oxendine, and her granddaughters Alexandra and Grace Beard and Isabella and Avery Saviano, as well as two great-grandsons, Quest and Kai Lynch.

In lieu of flowers, memorial  contributions in Betty’s memory can be made to Hospice of Hoke County or Hospice of Robeson County.