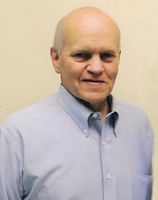 Dr. Michael Lee Brooks, 66, returned to his heavenly home on May 1, 2017. His devotion to his family and his faith motivated him throughout his life.

Dr. Michael loved MUSIC! He enjoyed playing the guitar, singing and listening to all types of music ranging from classical to classic rock and roll. He was also very knowledgeable of contemporary genres and musicians.

His passion was research and teaching which he had just begun to pursue. He began his literary endeavors by writing a book about the history of the Lumbee people and was in the process of writing a fictional novel. This coupled with his love of languages broadened his compassion for all mankind

Dr. Michael was a lover of life. He was gentle, kind, soft-spoken, and always had time to stop and talk. He had an uncanny wit, his comedic nature spread smiles to his family, friends and patients. Many people in the community have been blessed by his voice in song, and his preaching.

He is dearly missed by his loved ones who celebrate the fact that he is at peace with his Creator.